The influence of various factors on fatigue strength is an important aspect of fatigue research. This research will provide a basis for the reasonable structural design of parts, the correct selection of materials and the rational formulation of various cold and hot machining processes, so as to ensure the high fatigue performance of parts.

effect on fatigue of stress concentration

The conventional fatigue strength is measured by carefully machined smooth specimens. However, the actual mechanical parts inevitably have different forms of notches, such as steps, keyways, threads and oil holes. The existence of these notches causes stress concentration, so that the maximum actual stress at the root of the notch is much greater than the nominal stress borne by the part, and the fatigue failure of the part often starts from here.

Due to the inhomogeneity of the material structure and the existence of internal defects, the increase of the size will increase the failure probability of the material, thus reducing the fatigue limit of the material. The existence of size effect is an important problem in applying the fatigue data measured by small samples in the laboratory to large-scale actual parts. Because it is impossible to reproduce the stress concentration and stress gradient on the actual size parts on the small samples, the laboratory results are disconnected from the fatigue failure of some specific parts.

There are always uneven machining marks on the machined surface, which are equivalent to tiny notches, causing stress concentration on the material surface, thus reducing the fatigue strength of the material. The test shows that for steel and aluminum alloy, the fatigue limit of rough machining (rough turning) is reduced by 10% – 20% or more than that of longitudinal fine polishing. The higher the strength of the material, the more sensitive it is to the surface finish.

Effect on fatigue of heat treatment and microstructure

The inclusion itself or the holes generated by it are equivalent to tiny notches, which will produce stress concentration and strain concentration under the action of alternating load, and become the crack source of fatigue fracture, causing adverse effects on the fatigue properties of materials. The influence of inclusions on fatigue strength depends not only on the type, nature, shape, size, quantity and distribution of inclusions, but also on the strength level of materials, the level and state of applied stress.

Surface heat treatment such as carburizing, nitriding and carbonitriding can not only increase the wear resistance of parts, but also improve the fatigue strength of parts, especially an effective means to improve the corrosion fatigue and biting corrosion resistance.

The influence of surface chemical heat treatment on fatigue strength mainly depends on loading mode, carbon and nitrogen concentration in the carburized layer, surface hardness and gradient, the ratio of surface hardness to core hardness, layer depth, and the size and distribution of residual compressive stress formed by surface treatment. A large number of tests show that as long as the notch is machined first and then treated by chemical heat treatment, generally speaking, the sharper the notch is, the more the fatigue strength will be improved.

The effect of surface treatment on fatigue performance is different under different loading modes. Under axial loading, the stress in the surface layer is the same as that under the layer because there is no uneven distribution of stress along the layer depth. In this case, the surface treatment can only improve the fatigue performance of the surface layer. Because the core material is not strengthened, the improvement of fatigue strength is limited. Under bending and torsion conditions, the stress distribution is concentrated in the surface layer. The residual stress formed by surface treatment and this additional stress are superimposed to reduce the actual stress on the surface. At the same time, due to the strengthening of surface materials, the fatigue strength under bending and torsion conditions can be effectively improved. 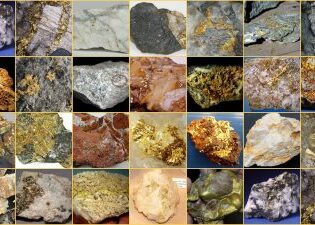 vamtam-theme-circle-post
 Category Materials Weekly
This article will discuss some of the materials that are harder than diamond. These materials...
Read More

vamtam-theme-circle-post
 Category Materials Weekly
There are several types of superhard cutting materials, and CBN is one of these. Read...
Read More

vamtam-theme-circle-post
 Category Materials Weekly
1.What is hot isostatic pressing? HIP is the abbreviation of Hot Isostatic Pressing, which is...
Read More