 Category Materials Weekly
22 May, 2019
In general,the use of carbide in cutting tools began development in nineteen-twenty-five. high-speed steel (HSS) is the standard for metal cutting tools since the nineteen-thirties. Carbide material came out later and is regarded as the straight substitution for HSS.It is often used as a reference for comparison because of its toughness, wear resistance, and sufficient hardness exactly for general purpose metal cutting, make them the baseline for comparison with cemented carbide. 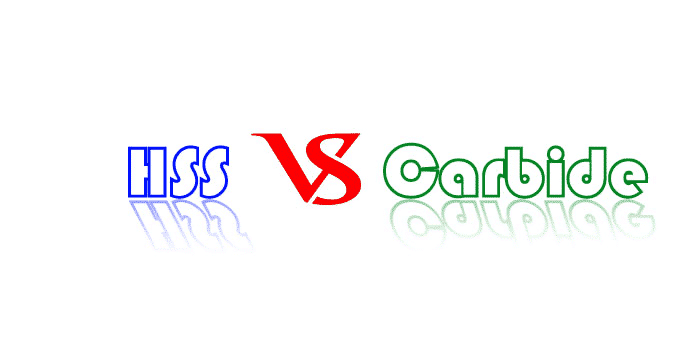 What is tungsten carbide?

Cemented carbide is a powder of micron-sized refractory high-hardness metal carbide fortified with cobalt, molybdenum, nickel, etc., and sintered under high temperature and high pressure. The high-temperature carbide content of cemented carbide exceeds that of high-speed steel with high hardness(HRC75–80) and good wear resistance.
It’s noteworthy that the hot hardness of cemented carbide can reach 800-1000 degrees. The property is conducive to carbide’s cutting speed and make it 4 to 7 times faster than that of high speed steel and with higher cutting efficiency.
However, its shortcomings are just similar to HSS’s. It owns low bending strength, poor impact toughness, high brittleness, and low impact and vibration resistance.
Wolfram carbide particles, which are in the range of 0.2 to 1μm, are sintered with a cobalt to create a solid mass. Cobalt acts as the binder to “cement” the particles together. This material revolutionized the metal-cutting industry by enabling faster speeds and feeds and providing longer tool life in some degree.

High-speed steel (HSS) is a tool steel with high hardness, high wear resistance and high heat resistance. It is also known as sharp steel, which means it still can hardening even when cooled in air during quenching, and keep itself sharp.
Actually,high-speed steel is kind of steel including high percentages of carbon and other metal. On view of composition,which is the most important characteristic of high speed steel, HSS comprise tungsten, molybdenum, chromium, vanadium, cobalt and other carbide forming elements and the total amount of alloying elements is about 10 to 25%. These compositions provide classic cutting and machine properties to HSS, such as the wear resistance. In the quenched state, iron, chromium, part of tungsten and high content of carbons in the high-speed steel form extremely hard carbides, which can improve the wear resistance of the steel (a rockwell hardness range of HRC64–68). 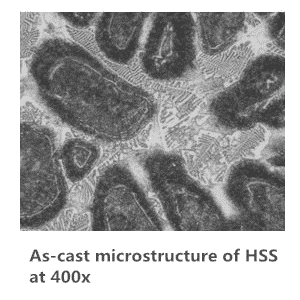 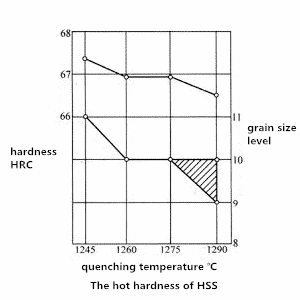 Firstly, It maintains its hardness at higher temperatures than HSS, so it can be more suitable to cut faster. Even though it is slightly more expensive than HSS, it can out last it by a factor of 5-10 times depending upon the application, which makes the total cost less.
From the perspective of machining property, carbide tipped tools can effectively improve surface finish and then control workpiece’s size far better than HSS.
Although carbide products are relatively costly, people still invent methods to mitigate the expense on material, that is only using carbide on the cutting tip or edge. The body and shank are made from less costly tough hardened tool steel. Then the overall cost is substantially less.
The popularity of carbide tools increased gradually over the past few years, but objectively speaking, it still has not been able to replace HSS in zone of general working purpose. mainly due to HSS tools are readily available and cost-effective and also its ability to get with most of working environment.
Moreover, carbide is hard to sharpen. So, they are usually bought as inserts and replaced when they chip or wear down. Although it can withstand compressive force very well, its tensile strength is very low. Carbide tips must always be at the right point of the lathe bit. Moving the cutting point below the centerline can generate higher forces that will make it apart. 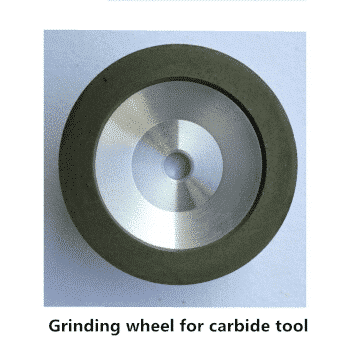 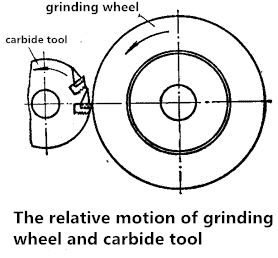 While HSS tools do not last nearly as long as carbide ones, it does tend to be more resistant and less brittle and is the best choice for deep cuts with small tip sizes in harder materials. Besides, they are much easier to sharpen for the average user. They are easily to be sharpened using aluminum oxide grinding wheels. 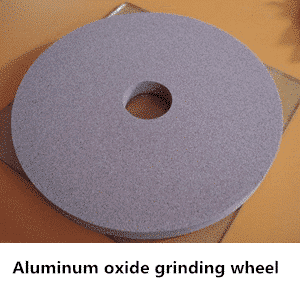 Thus, one useful tip in selecting which type to use is whether you can do the process of sharpening on your own. Carbide tools last a long time before becoming blunt, but are quiet knotty to resharpen, which requires the use of diamond grinding wheel to achieve. If you are OK with sharpening, carbide tools would be the best choice for the majority of typical applications of metal machining by so far. After all, carbide is superior to HSS in most cases. when cutting softer materials like aluminum and plastic, a HSS endmill could be totally qualified.