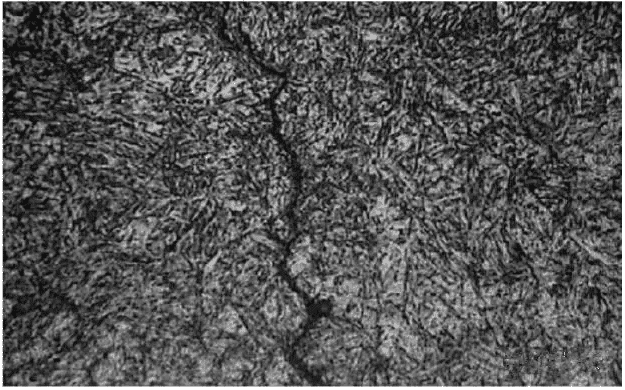 Function and Definition of Progressive Die

The English name progressive die refers to a series of stamping dies which are made up of several working stations, each working station completes different processing, each working station is related in sequence, and a series of different stamping processes are completed in one stroke of the punch. Its function is to use the punch and die to exert a certain form and size of force on the sheet metal, so that the material can produce plastic deformation, thereby transforming the hair germ into product parts.

1. The progressive die is composed of three parts: the upper die, the lower die and the die sleeve, and is guided by the guide pillar.

3. The lower die is a fixed plate of the lower die. The inner plate is filled with core and is composed of another core.

4. In the die sleeve with conical holes, two semi-conical dies are installed, with cavity holes in the middle, and two semi-circular dies have two positioning pins.

5. The unloading part is composed of the ejector rod and the ejector pad. After forming the parts, the upper die is first prized by the special unloading work, and then two semi-conical die are ejected out of the die by the ejector rod, so that the progressive die can be separated and the products can be taken out.

The structure diagram of progressive die&stamping

2. The operation is safe and simple. When progressive die is stamped, the operator does not need to put his hand into the dangerous area of the die. For mass production, automatic feeding mechanism is also adopted, and safety inspection and loading are installed in the die.

1. Progressive die is a multi-process die. In a die, it can include many processes, such as blanking, bending, forming and drawing, and has higher labor productivity than the compound die.

3. Progressive dies have higher strength and longer life because the process is dispersed and need not be centralized in one work station, and there is no “minimum wall thickness” problem of composite dies.

5. Progressive die workpiece and scrap leak down, so it can be produced by telling press.

6. The use of progressive die can reduce the area of press, workshop, semi-product transportation and warehouse.

1. Multi-position progressive die is a multi-process die. Within a single die, it can include many processes such as blanking, bending, forming and drawing. It has higher labor productivity than compound die and can also produce quite complex stamping parts.

2. The multi-position progressive die is safe to operate because no man can enter dangerous area.

3. Multi-position progressive die is easy to automate, that is, it is easy to realize automatic feeding, automatic discharging and automatic lamination.

4. Multi-position progressive die can be produced by high-speed press, because workpieces and scraps can leak down directly.

5. The use of multi-position progressive die can reduce the press and the transportation of semi-finished products. Workshop area and warehouse area can be greatly reduced.

1. The die consists of upper die, lower die and die sleeve, and is guided by guide pillar.

3. In the die sleeve with conical holes, two semi-conical dies are installed, with cavity holes in the middle, and two semi-circular dies have two positioning pins.

4. The lower die is composed of a fixed plate of the lower die with a core and another core.

5. The unloading part is composed of the ejector rod and the ejector pad. After the parts are formed, the upper die is first prized by the special unloading work, and then two semi-conical concave dies are ejected out of the die by the ejector rod, so that the progressive die can be separated and the products can be taken out.

The forming process of progressive die

The forming principle of progressive die can be divided into three stages.

1. In the preparation stage, after weighing the plastic powder, it is first poured into the feeding room and heated to a plastic state.

2. In the pressure stage, when the pressing column moves downward on the worktable of the hydraulic press, it enters the feeding room to apply pressure on the molten plastics, and injects into the die cavity at high speed through the casting system of the die, and ensures the heat preservation and hardening for a certain period of time.

3. In the unloading stage, after the opening of the mould, the special unloading mechanism is used to eject the plastic parts, and the cavity, the charging chamber and the runner are cleaned up to prepare for the next stroke of extrusion.

The manufacturing cycle and cost of progressive die

The lower the cost of progressive die, the higher the level of die technology. This requires that in the manufacturing of progressive die, in addition to reasonable selection of die materials, but also strive to reduce processing hours and save costs.

1. The parts should be stereotyped products, and the batch should be large enough to produce not less than 80,000 pieces per month. Otherwise, the economic benefit will be poor.

2. The accuracy of the parts is moderate, generally greater than IT10. In recent years, with the development of die processing technology, the manufacturing accuracy of multi-position progressive die has been improved significantly, which has also improved the parts, some of which have reached IT8 level.

3. Parts are not suitable for single-process die processing, such as parts with unusually complex shape, which require multiple stamping to complete the shape and size requirements of the parts. If the single-process die can not locate and stamp, the multi-position progressive die is used for continuous stamping.

4. Special parts that are not suitable for compound die processing, such as some special shaped parts, such as lead frame of integrated circuit, stator and rotor piece of micro motor, can not be designed and manufactured with compound die, but can be completed with multi-position progressive die.

7. Material should be rigid, otherwise it is not conducive to automatic feeding.

8. The total size and stamping force of the die are suitable for the size of the press and must be matched with the relevant parameters of the press.