Stainless steel is a kind of high alloy steel which can resist corrosion. It has beautiful surface, and it does not need to be plated or painted. Therefore, many mechanical factories usually do not make any paint treatment to show that they are stainless steel, and carbon steel must be treated with rust prevention.

Stainless steel can be divided into five categories: rolled plate, plate, profile, steel pipe and parts, and the most important is coil and plate. Profile is made of plates of various shapes of materials, such as angle steel, flat steel, I-beam, channel steel and so on. Steel pipe mainly refers to seamless steel pipe, and the corresponding seamless steel pipe is welded pipe, the difference lies in whether one-time forming. Parts mainly refer to elbows and flanges and other small things

The price of coil and plate is also different. If the coil is purchased, it is calculated according to the actual weighing. So the price of coil is high. The board is calculated according to the theory, and the price will be lower because of the difference. For example, if the thickness of 10 mm is 9.6 mm, there will be a price difference between them.

Stainless steel plate is divided into hot rolling and cold rolling according to different rolling process. Hot rolling is usually marked as No.1, while cold rolling is marked as 2B or BA (the surface of Ba is better and brighter than 2B, which is close to the mirror. The best mirror is the mirror. If the mirror is not in stock, it needs to be processed). For example, 304 is often purchased plate, which means that the coil must be opened and flattened by machine. This kind of machine is called flattening machine. It can be opened into different lengths by the flattening machine.

The element content in national standard address generally refers to the middle value of content, which is the theoretical value, which can be larger or less.

About the tolerance of stainless steel

2. The tolerance range of hot rolled plate is shown in the table below (for reference only)

304: as a kind of widely used steel, it has good corrosion resistance, heat resistance, low temperature strength and mechanical property, good hot working properties such as stamping and bending, no heat treatment hardening phenomenon, no magnetism, and the service temperature is from – 193 ℃ to + 800 ℃.

321 Ti element was added to 304 steel to prevent intergranular corrosion. It is suitable for use below 430 to 900 degrees without magnetism;

Application: the products without heat treatment after welding such as automobile exhaust, heat exchanger and container are not suitable for food processing equipment due to the addition of Ti element.

vamtam-theme-circle-post
 Kategoria Materiały tygodniowe
Surface treatment is a process of artificially forming a surface layer on the surface of...
Czytaj więcej 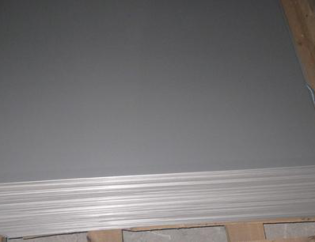 vamtam-theme-circle-post
 Kategoria Materiały tygodniowe
What is stainless steel? Stainless steel is a kind of steel, which contains less than...
Czytaj więcej
