The new generation of in cylinder direct injection technology is the mainstream technology in the field of automobile engine. It accurately injects fuel into the cylinder through the fuel injector and fully mixes with the intake air to give full function to the effect of each drop of fuel.

As can be seen from the figure below, there are micro pores distributed on the injector, the diameter of which is less than 150 microns. Hole diameter, surface roughness, position, shape and so on will directly affect the performance of the injector, so there are strict processing requirements. At the same time, in order to achieve cost-effectiveness, the processing time of each micro hole is required to be controlled within a few seconds.

So the problem is that the processing requirements of injector micro holes are far beyond the capacity of traditional mechanical drilling technology. What process is used to accurately process these micro holes?

The cost of mechanical drilling is the highest. Because the tool for drilling small holes is expensive, easy to wear in the process of machining, and the tool has fracture risk, which directly affects the consistency of micro hole processing and product yield, and the cost of consumables is high.

Although EDM is a little more flexible than mechanical drilling in size, its machining efficiency is low and the surface roughness is not ideal. Especially, there will be remelting layer on the machined surface. At the same time, we must also consider the electrode cost and the stability of the process.

However, femtosecond laser can not produce heat in the processing process, and the micro hole processed by femtosecond laser has no remelting layer and burr, which can obtain clearer sharp edge and better surface quality, thus prolonging the nozzle life.

Taking a hole with a diameter of 150 μ m and a depth of 0.5 mm as an example, the machining results of EDM and femtosecond laser are compared

If we understand the time unit, we will know that femtosecond laser is an extremely short pulse laser processing, so only it can really be competent for high-precision processing.

When femtosecond laser acts on non-metallic materials, because there are few free electrons on the surface of the materials, the surface of the materials should be ionized before the laser irradiation, and then free electrons are generated. The remaining links are consistent with the metal materials. When femtosecond laser is used to process micro holes, a small pit is formed at the initial stage. With the increase of the number of pulses, the depth of the pit increases. However, with the increase of the depth, it is more and more difficult for the debris to fly out of the pit bottom. As a result, the energy of laser propagation to the bottom is less and less, and the saturation state of the depth can not be increased, that is to say, a micro hole is drilled.

Under the background of made in China 2025, the traditional industrial manufacturing industry is facing deep transformation. One of the directions is to improve the efficiency and turn to high-end precision processing with higher added value and higher technical barriers. Laser processing is fully in line with this theme. Lasers and laser processing equipment have emerged in high-end 3C manufacturing fields such as consumer electronic touch screen module production, semiconductor wafer dicing, etc., and show new application prospects in sapphire processing, curved glass and ceramic production.

As a typical representative of ultrashort pulse laser, femtosecond laser has the characteristics of ultra short pulse width and ultra-high peak power. It has a wide range of processing objects, especially suitable for processing brittle materials and heat sensitive materials such as sapphire, glass, ceramics, etc., so it is suitable for micro processing industry in electronic industry.

At the same time, the laser machine can also be used in PCB drilling, wafer dicing cutting, etc., and the application field is constantly expanding. Especially with the application of high value-added brittle materials such as sapphire and ceramics in mobile phones in the future, laser processing equipment will become an important part of 3C automation equipment. We believe that femtosecond laser will play a broad and profound role in the field of 3C automatic processing equipment in the future.

For a long time, China’s engine manufacturing technology has always been a bottleneck restricting the development of aerospace industry. The quality of products is not up to standard from two aspects: one is material technology; the other is material processing technology. Femtosecond laser drilling solves this problem!

In the field of aerospace, gas turbine is the first of the three key components of the engine, and its performance directly determines the quality of the engine. However, the working temperature of turbine blade of aero-engine is at least 1400 ℃, so it is necessary to use accurate cooling technology for high-temperature parts, especially blades.

Blade cooling is usually achieved by a large number of film holes with different diameters. The hole diameter is about 100 ~ 700 μ m, and the spatial distribution is complex. Most of them are inclined holes with angles ranging from 15 ° to 90 °. In order to improve the cooling efficiency, the shape of the holes is often fan-shaped or rectangular, which brings great difficulty to the machining. At present, the mainstream method is high-speed EDM, but the tool electrode manufacturing is extremely difficult, the processed parts are easy to wear, the processing speed is slow, it is difficult to remove the machining chips in the hole, it is not easy to heat dissipation, so it is not suitable for mass production.

In addition, the surface of modern engine blade is usually covered with a layer of thermal barrier coating, which is usually ceramic material, which can not be machined by traditional EDM, which is the key technology of advanced engine manufacturing in the future. With the development of non metallization of engine blade materials, EDM is more unreliable. Femtosecond laser machining has many advantages, such as wide adaptability, high positioning accuracy, no mechanical deformation, no direct contact and so on. It is very suitable for machining micro holes.

At present, all femtosecond laser used in ophthalmic refractive treatment should be one of the most mature devices in medical application of femtosecond technology. There are also expander, endoscope and catheter processing and so on.

In medical treatment, compared with long pulse laser, femtosecond laser energy is highly concentrated, there is almost no heat transfer effect during the action, so it will not cause the temperature rise of the surrounding environment, which is very important in the medical application of laser surgery. On the one hand, several degrees of temperature rise will become pressure waves in an instant and transmit to nerve cells to produce pain. On the other hand, it may cause fatal damage to biological tissues. Therefore, femtosecond laser can achieve painless and non-invasive safe treatment.

Although femtosecond laser drilling technology has such magic power, its development is also very difficult, especially in the efforts of system integration and technology engineering, there are various difficulties, and the output power is also limited. In addition, how to form a complete set of microporous processing industry is also a worldwide problem. However, through the efforts of Chinese scientists, we have not only realized the practicality and integration of the system, but also invented the screw processing technology, which can be privately customized with different shapes of micropores, which can be said to be in the leading position in the world.

Nowadays, with the gradual upgrading of emission standards in the automotive industry at home and abroad, the challenges for injector manufacturers and their OEMs are becoming more and more serious. The traditional round holes can not meet the needs of customers. Manufacturers are constantly seeking and developing special and novel nozzle shapes to meet the requirements. The flexibility and advantages of femtosecond laser processing are becoming more and more obvious. 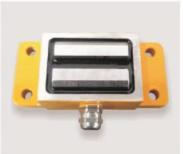 Use our coupon code "OPENSALE15" to get a 15% off for all items! Zamknij