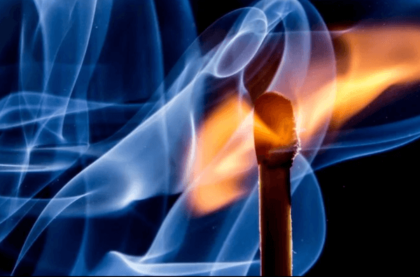 Changes in thermal effects usually accompany all physical, chemical, and metabolic reactions occurring in nature. People’s understanding of the nature of heat has undergone a long and tortuous journey of exploration.

In the early 20th century, Planck, Poincare, Gibbs, and other scientists took macroscopic systems as the object of study, based on the first and second laws of thermodynamics, and defined functions such as enthalpy, entropy, Helmholtz and Gibbs, together with objective properties such as P, V, and T that can be directly measured. After inductive and deductive reasoning, a series of thermodynamic formulas and conclusions were obtained, which were used to solve energy, phase, and reaction. This is the basic framework of classical thermodynamics. The object of classical thermodynamics is the exchange of matter and energy in a system. It is a science constantly approaching the limit, discussing only the equilibrium state before and after the change. It does not involve the microstructure of particles inside the matter.

Time is a significant independent variable in thermodynamics, and how to deal with the time variable is a sign to distinguish different levels of thermodynamics. In physics, entropy increase is used to describe the unidirectional nature of time. Thermodynamics studies the possibilities, and kinetics studies the realities, i.e., the rate of change and the mechanism of change. Kinetics is a function of reaction progress versus time, where the behavioral state and output of the system depend only on the starting state and subsequent inputs.

So many phenomena occurring in nature are irreversible processes in nonequilibrium, which drives thermodynamics from equilibrium to nonequilibrium. In the 1950s, Prigogine I, Onsager L, and others formed Non-equilibrium Thermodynamics (NET), and the local equilibrium assumption is the nonequilibrium central assumption of thermodynamics. Among them, Onsager L established the inverse-equilibrium relation of the image-only coefficient in 1931, and Prigogine proposed the principle of minimum entropy increase for nonequilibrium fixed states in 1945, which is applicable to linear nonequilibrium systems close to the equilibrium state. For systems far from equilibrium, the Brussels school led by Progogine established the famous dissipative structure theory after years of efforts, which was later confirmed by some self-organizing phenomena such as cloud street and the Benard convection experiment (see Figure 1). The dissipative structure theory pointed out that open systems far from equilibrium can form ordered states, opening the window of physical science to the life sciences.
At present, thermodynamics is no longer just the science of studying the basic laws of thermal phenomena, it is closely related to systems theory, nonlinear science, life science, and the origin of the universe, and its applications involve physics, chemistry, biology, engineering, and technology, as well as cosmology and social disciplines [1].

Formation and development of material thermodynamics

From the appearance of Gibbs phase law in 1876, H. Roozeboom applied the phase law to multicomponent systems in 1899, Roberts-Austen constructed the initial form of Fe-Fe3C phase diagram in 1900, which provided theoretical support for the study of steel materials; then in the early 20th century, G. Tamman and others established a large number of metal system phase diagrams through experiments In the early 1950s, R. Kikuchi proposed a modern statistical theory of entropy description, which created the conditions for the combination of thermodynamic theory and first principles; in the early 1960s, M. Hillert and others studied the thermodynamics of nonequilibrium systems, which led to the emergence of the field of instability decomposition and enriched the understanding of the formation of material tissues; in the 1970s, L. Kaufman, M. Hillert and others introduced the first phase diagrams for steel materials. . Kaufman, M. Hillert and others advocated the calculation of phase diagram thermodynamics (CALPHAD), which gradually brought materials research into the era of material design according to practical needs [2].

In June 2011, the U.S. announced a $500 million Advanced Manufacturing Partnership, one of the core elements of which is the Materials Genome Initiative (MGI). “The MGI aims to provide the necessary toolset for the development of new materials, reduce the reliance on physical experiments through powerful computational analysis, and significantly accelerate the variety and speed of new materials brought to market by advances in experimentation and characterization, reducing the development cycle from the current 10-20 years to 2-3 years.

Materials thermodynamics studies the melting and solidification of solid materials, solid-state phase transitions, phase equilibrium relationships and compositions, microstructural stability, and the direction and driving force of phase transitions. In order to describe the free energy, enthalpy, entropy, etc. of various types of phases, various image-only or statistical thermodynamic models have been proposed, such as the ideal solute model, the regular solute model, the subregular solute model, the quasi-chemical model, the atomic sum model, the central atom model, the double sub dot model, the variational group model (CVM), the Bragg-Williams approximation, the Bethe approximation, the Ising approximation, Miedema approximation, etc. Diffusion is the main content of kinetic studies, including the formation and growth of nuclei during solidification, as well as homogenization, distribution, and redistribution of solute atoms in the alloy during heat treatment, which can be deduced from Fick’s first and second laws.

Thermodynamic calculations cover a wide range of essential tools for the analysis and understanding of materials science problems: Gm-x diagrams, phase diagrams, TTT curves, CCT curves, etc. Among them, the most successful core application is the phase diagram calculation. Phase diagrams can be divided into three categories based on the methods used to obtain them.

3, computational phase diagrams, the core of which is the computer coupling of the theoretical model and thermodynamic database. Most of the internationally famous software adopt CALPHAD mode, including Thermo-Calc, Pandat, FactSage, Mtdata, JMatPro, etc. Most of the descriptions of the free energy of solute in CALPHAD mode adopt the subregular solute model, and the process is shown in Figure 3, which is based on the characteristics of each phase in the system, integrating thermodynamic properties, phase equilibrium data, crystal structure, and other information in one, establish thermodynamic models and free energy expressions, and then calculate the phase diagram based on the thermodynamic conditions of multivariate multi-phase equilibrium, and finally obtain the thermodynamically self-consistent phase diagram of the system and the optimized parameters describing the thermodynamic properties of each phase.

For example, Cui-Ping Wang, Xing-Jun Liu, Ikuo Onuma et al. evaluated the thermodynamic parameters of each phase of the Cu-Ni-Sn ternary system using the CALPHAD method. Their calculated results agreed well with the experimental values, as shown in Fig. 4. They also calculated the ordered-disordered transition of the bcc phase and the solubility gap of the fcc phase in this ternary system, which is important for the development of high-strength and high-conductivity new Cu-Sn systems using precipitation enhancement and Spinodal decomposition. And high conductivity of new Cu-based alloys using Spinodal decomposition [3].
The kinetic calculations are based on thermodynamic calculations, introducing a diffusion kinetic model with time as a variable and an atomic mobility database, and obtaining the relationship between the thermodynamic state of the material with time through a large number of iterative operations.

In any system, the thermodynamic, kinetic, and material structure aspects are closely related. The microstructure and thermodynamic properties of metallic materials influence the evolution of generated phases and microstructures during solidification and heat treatment. For example, for Al-Cu system alloys, solute atoms are supersaturated and precipitated during solid solution, causing spherically symmetric distortion; during age-hardening, G.P. Zone is formed first, followed by aggregation and ordering of solute atoms on low index crystallographic planes, eventually generating a non-co-grained theta (Al2Cu) equilibrium phase. When the size of the phase generated during solidification or homogenization is larger than 0.5 μm, dislocation plugging occurs at the interface when loaded and becomes a source of cracks; when the size is between 0.005 and 0.05 μm and has a fine diffuse distribution, it can hinder recrystallization and grain growth. Of course, thermal and kinetic theories have now penetrated into all fields of materials and become an effective theoretical guide and necessary analytical tool.

The General Research Institute of Iron and Steel, as the largest professional steel material research and development institution in China, was one of the first to introduce thermodynamic calculation methods and software and has achieved fruitful research results in nickel-saving stainless steel design, V-N microalloying technology, and 9 Ni low-temperature steel for LNG [4].

Fan Tongxiang, Li Jianguo, Sun Zuqing, and others have done a lot of research on the control of the reaction between the reinforcing phase and the matrix interface, the selection of the reaction autogenous reinforcing phase type, the design of the composite system and the preparation process using thermodynamic and kinetic models [5]. And an example of the application is that the calculations of thermodynamic of materials help a lot in developing the Sinter HIP process for tungsten carbide production.

In 2000, Chamberlin of Arizona State University, USA, used the term Nanothermodynamics in the study of the critical behavior of ferromagnets, Giebultowica, Hill et al. demonstrated the great role of nanothermodynamics in dealing with the growth and physicochemical properties of nanosystems, Dalian Institute of Chemical The team of Zhicheng Tan at the Institute of Physics of the Chinese Academy of Sciences has also done a lot of research on the low-temperature thermal capacity of nanomaterials [6].

Lidija GOMIDZELOVIC et al. used the Muggianu model and combined it with experiments to calculate the phase diagram of the shape memory alloy Cu-Al-Zn at 293 K using Thermo-Calc software and to explore the tissue properties [7].

In addition, there are applications related to thermodynamic computer simulations in Mg-based hydrogen storage materials, graphene interfaces, and their adsorption properties.

In the future, multi-scale integrated computational simulations, including thermodynamics and kinetics together with specialized databases to realize the material design phase, simulate the whole process of material production and preparation and service so as to predict the tissue evolution and macroscopic properties of materials, and precisely regulate the tissue properties during the preparation process, are the main trends in the development of materials thermal and kinetic [8,9].