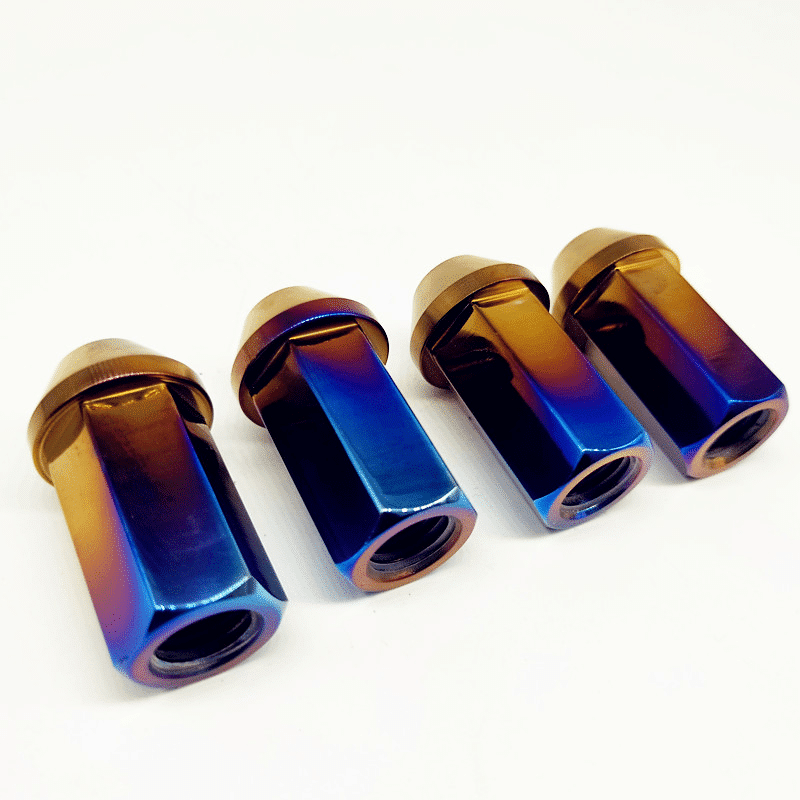 Base knowledge of titanium

Titanium is an important structural metal developed in the 1950s. Titanium alloys are widely used in various fields because of their high specific strength, good corrosion resistance and high heat resistance. Many countries in the world have recognized the importance of titanium alloy materials, and have successively studied and developed them, and obtained practical application. Titanium is the fourth B element in the periodic table. It looks like steel and has a melting point of 1 672 C. It is a refractory metal. Titanium is abundant in the crust, far higher than common metals such as Cu, Zn, Sn and Pb. Titanium resources in China are extremely abundant. Only in the super-large vanadium-titanium magnetite discovered in Panzhihua area, Sichuan Province, the associated Titanium reserves amount to about 420 million tons, which is close to the total proved Titanium reserves abroad. Titanium alloys can be divided into heat resistant alloys, high strength alloys, corrosion resistant alloys (Ti-Mo, Ti-Pd alloys, etc.), low temperature alloys and special functional alloys (Ti-Fe hydrogen storage materials and Ti-Ni memory alloys).

Titanium alloys are alloys based on titanium and added with other elements. Titanium has two kinds of homogeneous heterogeneous crystals: alpha titanium with dense hexagonal structure below 882 C and beta titanium with body-centered cubic structure above 882 C. The alloying elements can be divided into three categories according to their influence on the phase transformation temperature: 1. The elements that stabilize the alpha phase and increase the phase transformation temperature are alpha stable elements, including aluminium, carbon, oxygen and nitrogen. Among them, aluminium is the main alloy element of titanium alloy. It has obvious effect on improving the strength at room temperature and high temperature, reducing specific gravity and increasing elastic modulus of the alloy. (2) The stable beta phase and the decreasing phase transition temperature are beta stable elements, which can be divided into two types: isomorphic and eutectoid. The former includes molybdenum, niobium and vanadium, while the latter includes chromium, manganese, copper, iron and silicon. (3) Neutral elements, such as zirconium and tin, have little effect on phase transition temperature.

Titanium is an isomer with a melting point of 1720 (?) C and a dense hexagonal lattice structure at temperatures below 882 (?), which is called alpha titanium, and a body-centered cubic lattice structure at temperatures above 882 (?) C, which is called beta titanium. Titanium alloys with different microstructures can be obtained by adding appropriate alloying elements to change the phase transformation temperature and phase content gradually. Titanium alloys have three kinds of matrix structures at room temperature. Titanium alloys can also be divided into three categories: alpha alloys, (alpha+beta) alloys and beta alloys. China is represented by TA, TC and TB respectively.

It is a single-phase alloy consisting of alpha-phase solid solution. It is alpha-phase both at general temperature and at higher practical application temperature. It has stable structure, higher wear resistance and strong oxidation resistance than pure titanium. Its strength and creep resistance are maintained at temperatures of 500 600 C, but it can not be strengthened by heat treatment, and its strength at room temperature is not high.

It is a single-phase alloy composed of beta-phase solid solution. It has high strength without heat treatment. After quenching and aging, the alloy is further strengthened, and its room temperature strength can reach 1372-1666 MPa. However, its thermal stability is poor and it is not suitable for use at high temperature.

It is a dual-phase alloy with good comprehensive properties, good structural stability, good toughness, plasticity and high temperature deformation properties. It can be processed under hot pressure and strengthened by quenching and aging. After heat treatment, the strength increases by 50%-100% compared with annealing state, and the high temperature strength can work for a long time at the temperature of 400 500 and its thermal stability is inferior to that of alpha titanium alloy.

Titanium alloys have high strength, low density, good mechanical properties, good toughness and corrosion resistance. In addition, titanium alloy has poor technological performance and difficult cutting. It is easy to absorb impurities such as hydrogen, oxygen, nitrogen and carbon in hot working. There are also poor wear resistance and complex production process. The industrialized production of titanium began in 1948. With the development of aviation industry, the titanium industry is growing at an average rate of 8% per year. At present, the annual output of titanium alloy processing materials in the world has reached more than 40,000 tons, and there are nearly 30 kinds of titanium alloy grades. The most widely used titanium alloys are Ti-6Al-4V (TC4), Ti-5Al-2.5Sn (TA7) and industrial pure titanium (TA1, TA 2 and TA3).

Titanium alloy is mainly used to make compressor parts of aircraft engine, followed by rocket, missile and high-speed aircraft. In the mid-1960s, titanium and its alloys have been used in general industry to make electrodes in electrolysis industry, condensers in power plants, heaters for petroleum refining and seawater desalination, and environmental pollution control devices. Titanium and its alloys have become a kind of corrosion resistant structural material. In addition, it is also used to produce hydrogen storage materials and shape memory alloys.

Titanium and titanium alloys were studied in 1956 in China, and industrialized production of titanium materials and TB2 alloys were developed in the mid-1960s.

Titanium alloy is a new important structural material used in aerospace industry. Its specific gravity, strength and service temperature are between aluminium and steel, but it has high specific strength and excellent seawater corrosion resistance and ultra-low temperature performance. In 1950, the U.S. first used F-84 fighter bomber as non-load-bearing components such as rear fuselage heat insulation plate, air guide hood and tail hood. Since the 1960s, the use of titanium alloys has shifted from the rear fuselage to the middle fuselage, partially replacing structural steel to manufacture important load-bearing components such as partitions, beams, flaps and slides. The amount of titanium alloy used in military aircraft increases rapidly, reaching 20%-25% of the weight of aircraft structure. Titanium alloys have been widely used in civil aircraft since the 1970s. For example, the amount of Titanium used in Boeing 747 passenger aircraft is more than 3640 kg. Titanium for aircraft with Mach number less than 2.5 is mainly used to replace steel in order to reduce structural weight. For example, the United States SR-71 high-altitude high-speed reconnaissance aircraft (flying Mach number of 3, flying altitude of 26,212 meters), titanium accounted for 93% of the aircraft’s structural weight, known as “all-titanium” aircraft. When the thrust-weight ratio of aero-engine increases from 4 to 6 to 8 to 10 and the outlet temperature of compressor increases from 200 to 300 degrees C to 500 to 600 degrees C, the original low-pressure compressor disc and blade made of aluminum must be replaced by titanium alloy, or the high-pressure compressor disc and blade made of titanium alloy instead of stainless steel, in order to reduce the structural weight. In the 1970s, the amount of titanium alloy used in aero-engines generally accounted for 20%-30% of the total weight of the structure. It was mainly used to manufacture compressor components, such as forged titanium fans, compressor discs and blades, cast titanium compressor casing, intermediate casing, bearing housing, etc.  Spacecraft mainly utilizes the high specific strength, corrosion resistance and low temperature resistance of titanium alloy to manufacture various pressure vessels, fuel tanks, fasteners, instrument straps, frameworks and rocket shells. Titanium alloy plate weldments are also used in artificial earth satellites, lunar module, manned spacecraft and space shuttles.