 Category Materials Weekly
22 May, 2019
Cemented carbide is composed of insoluble carbides with high compressive strength, high hardness and high modulus of elasticity. The powder is more difficult to plastically deform during pressing. In order to improve the powder forming property, the briquetting strength is increased, and the compacting is facilitated, and a forming agent is added to the powder material before forming.
As an intermediate excipient, the forming agent must be completely removed during the degumming stage, because any residue will cause a quality hazard to the product. The production of high quality cemented carbide products must strictly control the total carbon in the alloy. Although there are many factors affecting the total carbon content of cemented carbide products, the influence of the application of the forming agent on the total carbon of the product is a very important aspect in the case of stable quality of the raw material of the tungsten carbide.
Therefore, the performance of the forming agent is a key factor that directly affects the properties of the blank and the final sintered product.
According to the survey, some cemented carbide manufacturers used synthetic resins, dextrin, starch, methyl alcohol and cellulose as molding agents in the past. For example, East Germany used 48% to 59% of ceresin and hard paraffin. A mixture with paraffin oil. General Electric Company of the United States has used starch, arabic rubber and synthetic resins. Water soluble fiber and polypropylene decylamine are used in the UK. Some manufacturers have also added surface active substances.
Due to the advanced production equipment and high degree of automation, foreign cemented carbide manufacturers use pipeline mixing equipment, automatic high-precision presses, and foreign cemented carbide forming agents, which are basically paraffin and PEG. The ball mill medium is degummed and sintered into a single furnace with a rubber atmosphere. There is very little glue forming agent.
At present, the forming agents widely used by domestic cemented carbide manufacturers are: rubber, paraffin and polyethylene glycol (PEG). Depending on the foreign manufacturers that introduce the technology, the time of use varies from manufacturer to manufacturer. Manufacturers who introduce sandvik technology generally use PEG as a forming agent and spray drying. Some use paraffin as a forming agent and also use a spray drying process. SMEs basically use rubber technology, and various forming agents have their own advantages and disadvantages. 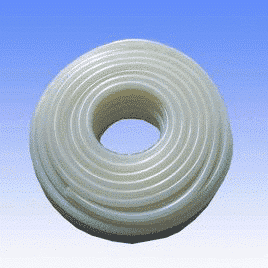 The rubber solvent has good formability, and can suppress a product having a complicated shape and a large volume, and the compact is less likely to cause cracks. However, the disadvantage is that the ash is high, the residual carbon is high, the precision of carbon control is difficult, the vacuum is not easy to remove, the product quality is unstable, and it is not suitable for the spray drying process. 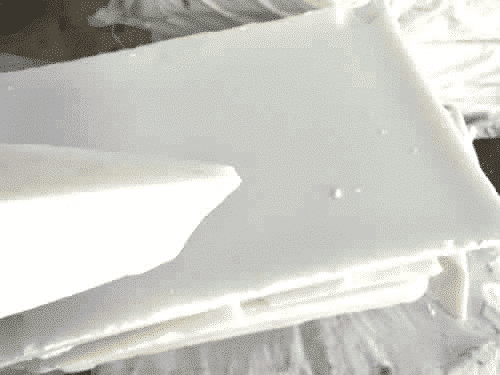 Paraffin is refined from petroleum. Paraffin is a mixture of various hydrocarbons. A small amount of liquid “impurities” are present in the form of oil. The solid component is a saturated alkane. The nature of paraffin is, in the final analysis, determined by its chemical composition, whether they are linear, branched or cyclic. Paraffin wax can be classified into: paraffin wax, microcrystalline wax, montan wax, vegetable wax, animal wax, synthetic wax. There are dozens of kinds of total varieties. The molecular weight, structure, properties and uses of each variety are different.
Generally, paraffin waxes for cemented carbides are mainly composed of normal paraffins, which have few linear and linear molecules and few aromatic hydrocarbons. Molecular weight range 360-540, melting point 42-70 degrees, slightly soluble in ethanol. The microcrystalline wax has a molecular weight of 580-700, and is mostly a branched chain molecule with many cyclic hydrocarbon compounds. Paraffin wax is brittle. Microcrystalline wax is tougher, more flexible, has higher tensile strength and melting point, and has higher cohesiveness. It is a saturated linear hydrocarbon. It can be completely volatilized at high temperature without residue. It is also easy to remove in a vacuum. The difficulty in controlling the carbon amount is reduced, the accuracy of the carbon amount of the alloy is improved, but the viscosity is low, the obtained compact has low strength, the elastic aftereffect is large, and cracks are easily generated in the concentrated portion of the stress, and it is difficult to press the shape. More complicated products, and the compactness is brittle, and it is easy to fall off the corner. 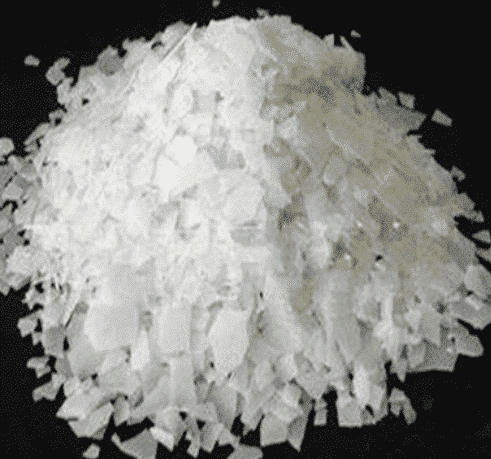 PEG (polyethylene glycol) is a water soluble polymer which is a synthetic wax. Made by the stepwise addition of ethylene oxide with water or ethylene glycol, the molecular weight is 200-20000, he is completely soluble in water, has low solubility (less than 1%) in ethanol at room temperature, and is compatible with many substances. It shows the greatest compatibility with substances with high polarity, non-toxic and non-irritating. The formability of PEG is equivalent to paraffin wax, and there is less residual carbon. It can be said that it is a safe and environmentally friendly forming agent suitable for spray drying process. However, PEG absorbs heavily, and the moisture absorption capacity decreases with the increase of molecular weight. The humidity and temperature requirements of the working environment are extremely severe. After the moisture absorption, the powder becomes hard and the pressing pressure increases, which requires high pressure on the press. In addition, it is difficult to form some complex products.
Comparison in actual production In order to compare the properties of the three forming agents, three batches of sodium butadiene rubber, paraffin wax and PEG were used as forming agents, and the basic composition was WC-8% Co. The blank was pressed into the blank according to the same single weight and then sintered by vacuum debinding. to obtain metallographic and physical properties for comparison.

Because of the lack of spray granulation equipment, the mixture of paraffin and PEG as a forming agent is vacuum dried and then sieving, which has a great influence on the pressing properties of the mixture, such as PEG aggregation in the drying of materials. The PEG is unevenly distributed in the material to cause aggregation in the crystal phase of the alloy; the paraffin wax has poor granulation effect by manual wiping. However, the physical properties of the sample can still be seen in the advantages of PEG and paraffin on the rubber process.
In the actual production, in order to cope with the large-scale production of the self-pressing machine, it is necessary to increase the pressing pressure and prolong the holding time to avoid the problem of cracking or falling off the paraffin, which will reduce labor efficiency. Therefore, the use of a spray drying system to obtain a mixture with excellent flow properties can solve this problem well.