▌ What is the stress?

▌ How long does it take to release the stress of the machine tool?

In order to release the stress, some machine tool manufacturers will sink the castings into the sea or bury them in the ground. This method is called natural aging.

How long will the stress of machine tool be released?

When searching for information on the Internet, people are dazzled by all kinds of answers, ranging from a few months to seven or eight years old. After consulting some professional papers, the answer is that according to the different metal components, and considering the volume, shape and other factors, the stress release will take several months to several years.

▌ How to release stress?

After months to years of wind and sun exposure and seasonal temperature changes, the components are repeatedly subjected to repeated temperature stress, resulting in relaxation of residual stress and stable dimensional accuracy

Thermal aging is to put the workpiece into the thermal aging furnace for heat treatment, slowly and evenly heat it from room temperature to about 550 ℃, keep it for 8 hours, and then strictly control the cooling rate to below 150 ℃

Due to the disadvantages of high time cost and wide land occupation, natural aging is adopted less and less by manufacturers. With the progress of technology, there are more and more methods to release stress, and the time is shorter and shorter.

Generally speaking, high-precision machine tools will use marble and other materials that are not easy to produce stress to make the bed. And the machine tools using metal materials will also use shot peening, vibration, rolling and other methods to remove stress.

In addition, the stress can be eliminated by thermal aging, explosion, thermal shock aging and acoustic aging.

Compared with the above mentioned aging methods, VSR is more suitable for stress release of machine tools. Vibratory stress relief (VSR) is to eliminate or homogenize the residual stress of metal structure after casting, forging, welding and cutting. It transfers energy to the workpiece by applying a certain magnitude and frequency exciting force to the workpiece, which makes the workpiece produce micro or macro plastic strain to homogenize and eliminate the residual stress. 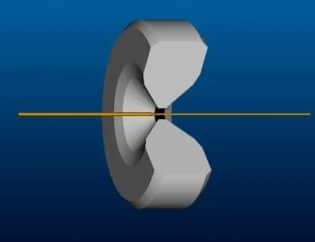