In recent years, the annual increase in global CO2 emissions has been a serious threat to the ecological environment in which people live. (There has been 410 ppm in 2018 – data from the National Oceanic and Atmospheric Administration’s Hawaiian Islands Mauna Loa Volcano’s greenhouse gas monitoring station). Therefore, the capture, storage and conversion of CO2 has received wide attention from researchers. Toyota Central Research has used water and carbon dioxide as raw materials to synthesize useful substances using sunlight, and the energy conversion efficiency has increased to the highest 4.6% in the world. BASF in Germany converts carbon dioxide into a carbonate polymer material with a wide range of applications. Bayer can use carbon dioxide in flue gas from thermal power plants as the main raw material for the production of polyurethane materials. There is a stable catalyst market for the production of carbonates, but the utilization of CO2 is still far from enough. The conversion of hydrocarbon fuels is still in the basic research stage of application. China’s 13th Five-Year Plan and the Sino-US Joint Statement on Climate Change have made “carbon reduction” a construction goal, encouraging the conversion of CO2 based fuels. And include it in the “13th Five-Year” National Basic Research Special Plan (Guo Ke Fa Ji [2017] No. 162). The use of solar energy to convert low-cost and abundant CO2 and water into a hydrocarbon fuel with convenient storage, mature technology, wide application fields and huge demand is a green solar chemical conversion technology.

In this context, although there has been a lot of research work in the field of CO2 reduction at home and abroad, a lot of work has realized the conversion of CO2 from the perspective of material design, such as semiconductor catalysts for catalytic hydrogen production or degradation of organic matter. The selectivity of the catalytic reaction or product is regulated (Adv. Mater. 2018, 30, 1704663). However, the realization of catalytic reaction and process control are not mature enough. The reaction systems used by most researchers are non-standard “semi-custom” equipment and analysis systems. Therefore, the author believes that material design is important, and the appropriate reaction system and evaluation method are more important. The reaction system refers to the environmental conditions required for the CO2 reduction reaction, such as light, electricity, solution, temperature, pressure, etc.; the detection method refers to the state of the product (such as gas or liquid, selectivity, concentration), and carbon conversion efficiency, photon efficiency Wait.
Among several feasible catalytic CO2 reduction strategies, such as photocatalysis, photoelectrocatalysis, photothermal catalysis, and thermal catalysis, each has its own merits. Techniques for photochemically reducing CO2 and converting it into hydrocarbon fuels that are beneficial to humans are particularly attractive. Because it can be carried out at normal temperature and pressure, synergistic effects can also occur at specific temperatures and pressures. The energy required can be directly or indirectly provided by renewable energy such as solar energy, and the carbon can be recycled. 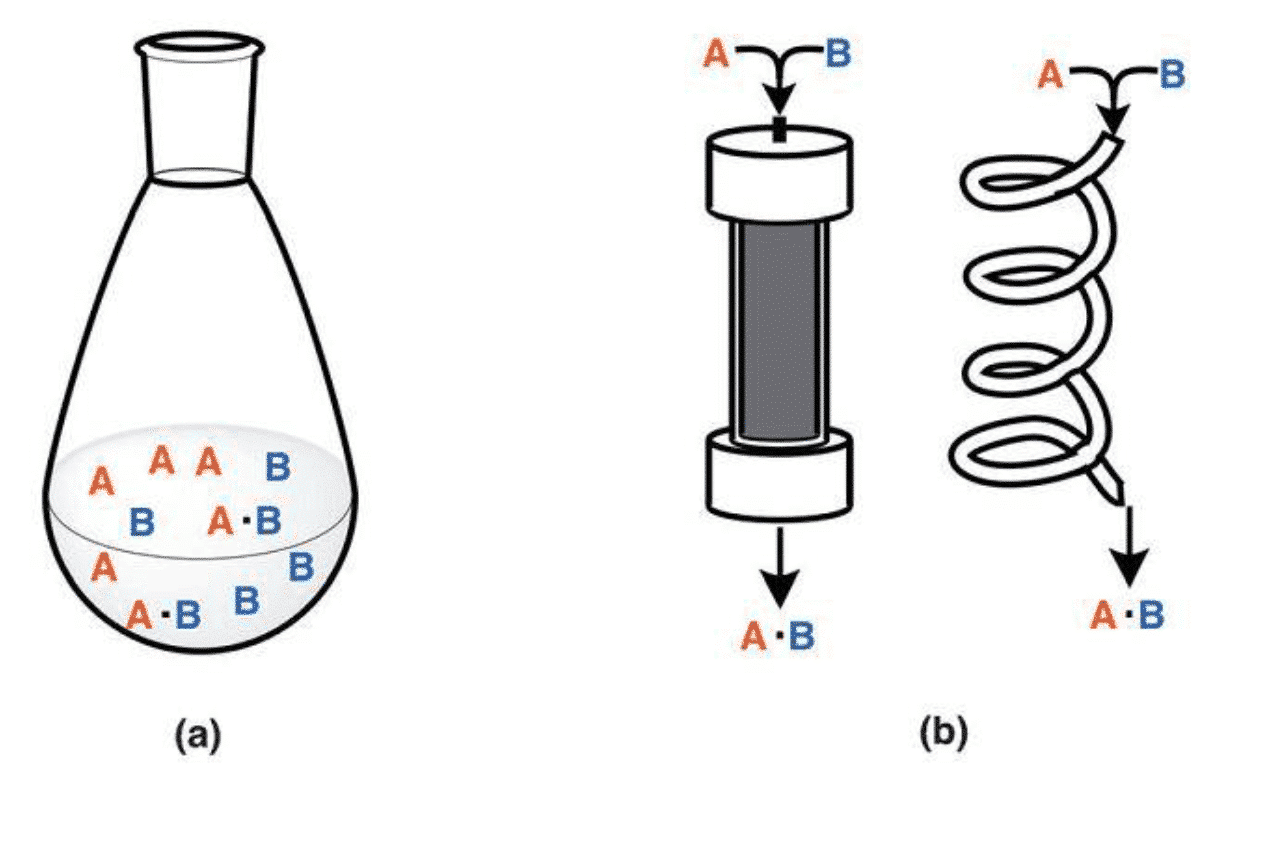 Figure 1 Catalytic reactor in the form of Batch and Flow (Chem. Asian J. 2016, 11, 425 – 436)
There are two ways to construct the reactor (as shown in Figure 2). One is a fixed volume reactor in which a reaction raw material such as CO2, H2 or H2O, a catalyst or a cocatalyst is placed in a reactor, and a reaction is carried out by injecting light, electricity, heat or the like into the catalyst. The second is a Flow Method, which is a process in which a feed gas is introduced into the reactor at a certain rate and, after a certain period of reaction, flows out of the reactor. The study found that the reactor material is generally divided into polytetrafluoroethylene, quartz glass, stainless steel. PTFE has the advantages of high strength, corrosion resistance and good sealing, but has a low temperature limit, generally 250 degrees. The quartz reactor has the advantages of temperature resistance and corrosion resistance, but is brittle and has low compressive strength. The metal stainless steel reactor has the advantages of pressure resistance and easy processing, but is easy to react with the reactants. You can choose the right reactor for your needs. At the same time, in order to timely introduce or take out gas or product, a few holes should be opened in the reactor design to facilitate the injection of raw materials.
In addition, the more common reaction forms are solid-liquid reactions: in the reactor, a saturated solution of CO2 gas is used as a raw material, or an electrolyte is injected in an electrocatalytic reduction reactor (Fig. 2). The intrinsic reaction mechanism of carbon dioxide electroreduction involves a complex path of solid-liquid phase three-phase boundaries. Therefore, the rational design of the catalyst geometry allows for as many reactive sites as possible to promote proton and electron transfer at the interface. 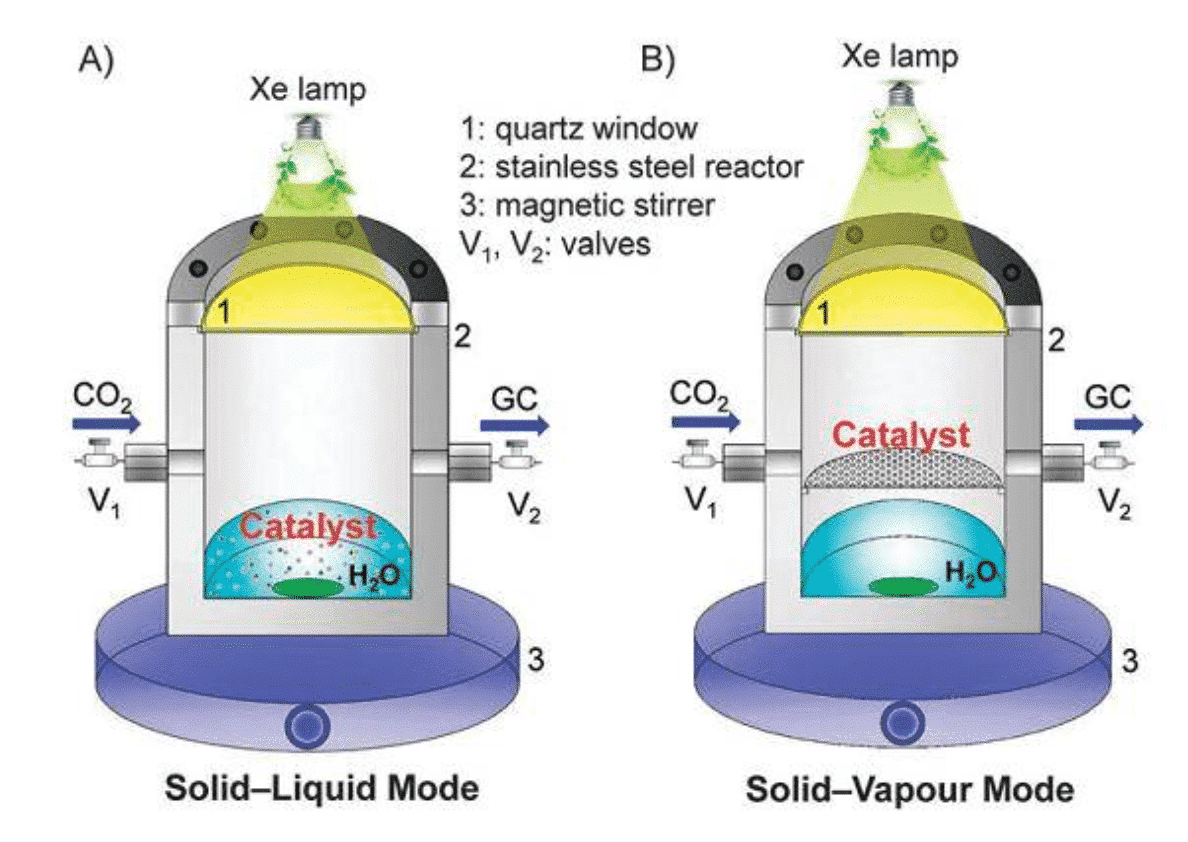 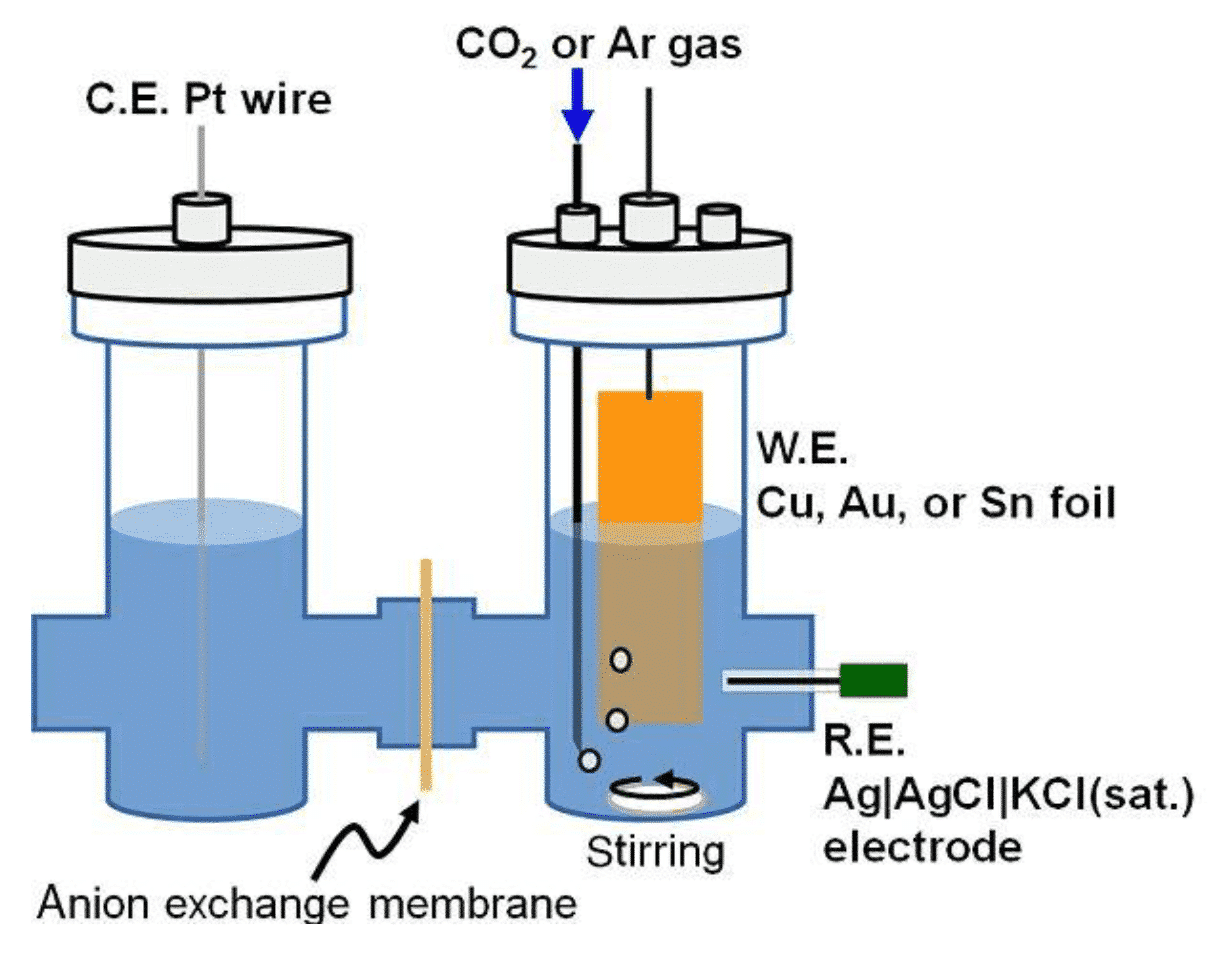 The treatment of the catalyst in the reactor is different depending on the morphology of the material. For example, the powder material can be laid on the surface of the quartz glass; the film material can be placed in the reactor by folding, punching, etc.; the bulk material (porous ceramic) can increase the contact rate between the gas and the catalyst by gas flow through to realize CO2 Restore.
Light source selection: The choice of catalytic reaction source is also very important. It is worthwhile for researchers to pay attention to the problem of effective optical power density. Therefore, the purchased light source, such as xenon lamp, generally has a factory power of more than a few solar light intensity (one sun is equivalent to 1 kW/m2). Therefore, it can be regulated by a heating filter. Before designing the reaction, the optical power meter should be used to test the actual value. The intensity of the light source used.
Product Evaluation: Evaluation of the catalytic product is the last and most important part of the overall system. The products taken are generally classified into offline (commonly known as “needle type”) and online detection (online). Depending on the nature of the catalytic product, the detection equipment generally has gas chromatography, mass spectrometry, and liquid chromatography. Professors such as Prof. Ye jinhua, Ozin, Zou zhigang, Yang peidong, Li can, Xie yi, Wu lizhu, and Wang xinchen are widely used.
This article focuses on gas chromatography, the most common device used in recent studies. The core components typically include detectors, columns, methane reformers, six-way valves, and loops. The detector generally uses two types (hydrogen flame detector) FID and (thermal pool detector) TCD. FID can detect carbon-containing organic matter with high sensitivity, while TCD can detect all compounds, including hydrogen, carbon monoxide, carbon dioxide, etc., but with a sensitivity angle (~1000 ppm). Therefore, most researchers choose to install the FID detector, and the residual CO2 or CO in the reaction process can be detected by a conversion furnace with a nickel catalyst. More importantly, after the product is vaporized, the columns used in the carrier gas flow are also different, which affects the detection sensitivity. For example, the FID detector generally uses a capillary column, and the TCD detector uses a TDX01 column. As shown in the chromatogram design shown below, many manufacturers at home and abroad can provide customized products, such as Agilent, Tianmei, Yanuo, Fuli and so on. Of course, because the products of CO2 reduction are very complicated, there are small molecules such as H2 and CO, as well as organic molecules such as C1, CH3OH, formic acid, and ethanol, such as C1 and C2. The single column detector cannot be completely detected at one time, and TCD and TCD are required. The FID is combined and the different types of columns are used together.

A key issue that requires special attention in CO2 reduction research is carbon pollution. Studies have shown that organic solvents including solvents, reactants and surfactants used in catalyst preparation may leave carbonaceous residues in the final product and decompose into small molecules such as CO and CH4 during the catalytic reaction, resulting in catalytic activity. Overrated. Therefore, it is necessary to confirm that the measured product does come from the decomposition of CO2 rather than the decomposition of carbonaceous residue. Isotope 13CO2 labeling is an effective technique for verifying the source of reducing products and has been widely used in many studies.

Catalytic reduction of CO2 to hydrocarbons has become a green means of mitigating energy and environmental problems. Based on many years of research, Xiaobian has compiled important knowledge of catalytic reaction systems and product evaluation, and hopes to help researchers in the same field to provide a good platform for the design of high-efficiency catalysts.